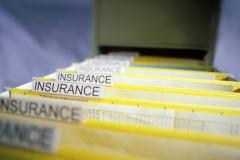 Health insurance companies across the country are seeking and winning double-digit increases in premiums for some customers, even though one of the biggest objectives of the Obama administration’s health care law was to stem the rapid rise in insurance costs for consumers.

Particularly vulnerable to the high rates are small businesses and people who do not have employer-provided insurance and must buy it on their own.

In California, Aetna is proposing rate increases of as much as 22 percent, Anthem Blue Cross 26 percent and Blue Shield of California 20 percent for some of those policy holders, according to the insurers’ filings with the state for 2013. These rate requests are all the more striking after a 39 percent rise sought by Anthem Blue Cross in 2010 helped give impetus to the law, known as the Affordable Care Act, which was passed the same year and will not be fully in effect until 2014.

In other states, like Florida and Ohio, insurers have been able to raise rates by at least 20 percent for some policy holders. The rate increases can amount to several hundred dollars a month.

The proposed increases compare with about 4 percent for families with employer-based policies.

Under the health care law, regulators are now required to review any request for a rate increase of 10 percent or more; the requests are posted on a federal Web site, healthcare.gov, along with regulators’ evaluations. Read more....
Posted by Economic Analyst at Monday, January 07, 2013