Bugging Out vs. Hunkering Down 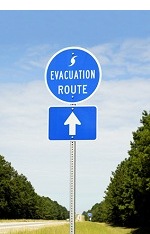 The very idea of leaving the security of your home to “bug out” to the woods has never sat well with me – In nearly every instance it’s better to hunker down or “bug in” than to bug out. I mean, why leave the safety and familiar surroundings of your home, for the open and unforgiving wilderness.

For many people this is their first line of preparation against disaster, unfortunately, most will end up joining the multitude of other refugees freezing in a cave and eventually end up dead or wards of whatever government is still functioning.

I live in a fairly safe area and have prepared to survive at home and can conceive of only a few scenarios that would force me to leave. Even then, I would go to an out-of-state relatives house with whom, I have a pre-arranged agreement, where if need be he can come to my place or I to his after a disaster.

I know what you’re thinking “what about an end of the world as we know it” type event, well if such an event were to take place, there would be no 100% safe place for most of us, and really do you think you would be better of making a go of it in the open wilderness as opposed to hunkering down at home.

Don’t get me wrong, I’m not saying we should never bug out to the wilderness; we should indeed keep all our options open, what I am saying is that there are better ways to survive most disasters than heading into the bush. Read more...
Posted by Economic Analyst at Monday, January 21, 2013