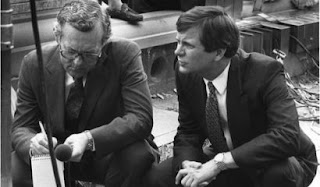 The depressing spectacle of Barack Obama inaugurating a second term should not obscure this truth: Conservatives win on issues. They lose in elections because they don’t know how to frame the choices, even on those many issues on which the majority of the public is in their corner.

Consider the most recent poll numbers. Gallup on abortion: “Would you consider yourself to be pro-choice or pro-life?” Answer: 50 to 41, pro-life.

Gallup on whether government “is trying to do too many things that should be left to individuals and businesses” or instead “should do more to solve our country’s problems.” Answer: By 54-39, “is trying to do too many things.” And 51 percent think the federal government “has too much power” versus 40 percent “has about the right amount of power” — and only 8 percent thinks it “has too little power.”

Impression of the National Rifle Association? Fox News, just last week: 56 percent favorable, 33 percent unfavorable. Will tough guns laws help stop incidents like the Newtown school shooting? Only 22 percent say yes, while 71 percent say “the people who commit these kinds of acts will always find the guns to commit violent acts.” And: “Which is more important: protecting the constitutional rights of citizens to own guns, or protecting citizens from gun violence?” Rights defeat protection, 51-40. And CNN, also last week, asked: Would “having stricter gun control laws… reduce the amount of violence in the country, or not?” Not: 61-39. Read more....
Posted by Economic Analyst at Thursday, January 24, 2013