Obama to Shut Down Southern Air Defense Systems: “It Will Be Open Season for Terrorists Flying In With Nukes, Low Altitude Missiles, Or Even Full Scale Invasion of America” 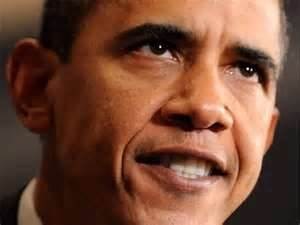 As the U.S. government continues to expand surveillance and monitoring systems to the tune of hundreds of billions of dollars within the borders of the United States, a recent announcement regarding the country’s southern air defense systems is raising eyebrows.

Our southern border is, in part, protected by the Tethered Aerostat Radar System (TARS), which utilizes moored balloons hovering at about 15,000 feet to identify low flying aircraft and missiles that may penetrate the border and cross into U.S. airspace.

The system is utilized by the U.S. Air Force, North American Aerospace Defense Command (NORAD),  and U.S. Customs and Border Protection for a number of missions including detection of drug smuggling and preservation of the air sovereignty of the continental United States.

According to Exelis Systems Corporation, the company that built and jointly maintains TARS with the U.S. Air Force, the government has ordered a complete shutdown of Aerostat flight operations:

The government also indicated its intent that aerostat flight operations will cease on March 15, 2013, and that the remainder of the fiscal year will be used to deflate aerostats, disposition equipment, and prepare sites for permanent closure. We are currently reviewing all the details of the RfP and evaluating the possible impacts on the program and our workforce. We continue to communicate with the government on this matter, and we will have more information in the coming days and weeks. Read more....
Posted by Economic Analyst at Thursday, January 24, 2013