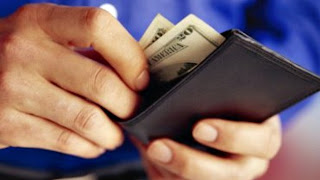 Identity theft is the type of crime that’s easy to dismiss. Until it happens to you.

Just imagine, you’ve filed your tax return and are eagerly awaiting your refund. It’s money you desperately need to pay some bills or buy whatever you’ve been hankering for.

But then you get a notice from the Internal Revenue Service saying that your return has been rejected. You won’t be getting a refund because it has already been claimed. You’ve become a victim of identity theft. Now identity theft becomes very real. And it’s getting frustratingly real for a growing number of taxpayers.

Typically, an identity thief will steal someone’s personal information, including his or her Social Security number, and file a bogus return claiming a refund. This is often done early in the tax season, before most people have a chance to file their legitimate returns. “In some situations, fraudulent filings may cause us to initiate an adverse enforcement action against the innocent taxpayer until we are able to confirm that someone else has used his or her information,” the IRS said in written testimony submitted to the House of Representatives.

When defrauded taxpayers aren’t getting the help they need from the IRS, they can turn to the Taxpayer Advocate Service. From 2008 to 2012, the number of tax-related identity theft cases the service handled increased  650 percent, according to the latest report to Congress from the national taxpayer advocate, Nina Olson. During fiscal 2012, the service worked 55,000 identity theft cases, or 25 percent of its total case inventory, Olson said. Read more....
Posted by Economic Analyst at Tuesday, January 22, 2013