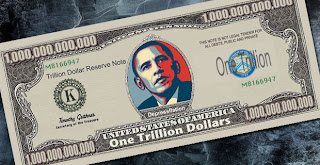 Since the EU Crisis went into overdrive in 2010, EU politicians have largely resorted to political posturing rather than implementing any actual financial solutions to the EU’s debt and banking crisis.

To clarify that statement, we view a “real solution” as one that A) cleared bad debts from the system, B) brought debt levels down to manageable levels, and C) got the troubled country’s economy back on track.

By way of example, real solutions would involve outright debt defaults, bank failures, and very likely one or more countries leaving the Euro. However, no major EU leader ever seriously promotes any of these ideas because doing so would akin to committing political suicide as the rest of the political class would blame them for what followed.

As a result, EU politicians continue to kick the can down the road with half-measures such as austerity measures in exchange for bailouts. The end result is that nothing is ever solved as those in charge of the decisions that matter have no incentives to actually do anything beneficial for their countries’ economies.  See Greece whose economy has completely imploded to the point that children are being admitted to hospitals every week for malnutrition… and it will still have a Debt to GDP of 120% in 2022!

It is now obvious that US politicians have seen this work well for their European counterparts (nothing gets fixed, not tough choices have to be made and almost no one gets kicked out of office), and are now adopting this strategy on this side of the pond. Read more....
Posted by Economic Analyst at Friday, January 18, 2013