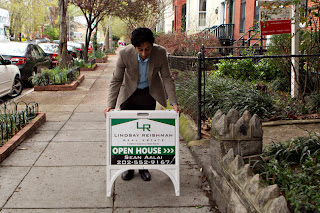 The recent economic crisis left the median American family in 2010 with no more wealth than in the early 1990s, erasing almost two decades of accumulated prosperity, the Federal Reserve said.

A hypothetical family richer than half the nation’s families and poorer than the other half had a net worth of $77,300 in 2010, compared with $126,400 in 2007, the Fed said. The crash of housing prices directly accounted for three-quarters of the loss.

Families’ income also continued to decline, a trend that predated the crisis but accelerated over the same period. Median family income fell to $45,800 in 2010 from $49,600 in 2007. All figures were adjusted for inflation.

The new data comes from the Fed’s much-anticipated release on Monday of its Survey of Consumer Finances, a report issued every three years that is one of the broadest and deepest sources of information about the financial health of American families. Read more.......
Posted by Economic Analyst at Friday, June 15, 2012