Washington vs. the middle class 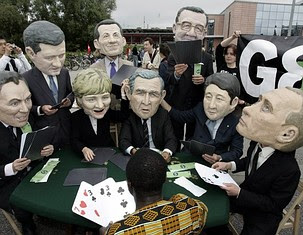 You don't need a Ph.D. in economics to know that pulling that much out of a weak economy is a terrible idea. By one of the broadest measures, unemployment is still near 15%. The battered housing market, one of the keys to middle-class wealth in this country, is still trying to bottom. We're looking at an economic disaster on the scale of the 1937 double dip, and the middle class will bear the brunt of it.

Even Romney knows we're headed for fiscal suicide. He said as much in an interview with Time magazine when asked if he would countenance budget cuts of this size in his first year in office. He said he wouldn't, because "if you take a trillion dollars, for instance, out of the first year of the federal budget, that would shrink GDP over 5%. That is by definition throwing us into recession or depression. So I'm not going to do that, of course."

Of course not, Mitt.

The Congressional Budget Office agrees, noting that stepping off the fiscal cliff would slash 2 million jobs and tip the economy back into recession. We've never seen the likes of this sort of austerity. A 3.3% tightening in 1969 resulted in the 1970 recession. A tightening of 2% between 1987 and 1989 resulted in the 1990 stagnation. And a 2.4% tightening from 2005 to 2007 preceded the Great Recession. Read more.....
Posted by Economic Analyst at Friday, June 15, 2012