Watching the Clock: Will a Total Economic Collapse Occur in September-October? 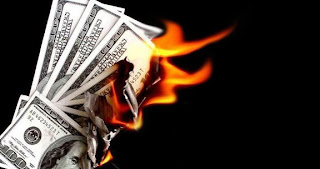 People like to ask about dates. “When do you think the collapse will happen?” they ask. What are your thoughts on the Mayan calendar? How ’bout December 21st, 2012?

Most of us informed and awake folks aren’t interested in trying to predict specific dates. That’s an art best left to Nostradamus. That said, highly respected truth tellers James Turk and John Williams have both tied dates to predictions. In an interview with James Turk he told me that he thinks we will see $400 silver and $8,000 gold some time between 2013-2015. And John Williams firmly believes the die has been cast for hyperinflation in the United States, likely beginning in 2014.

Over the past 48 hours we’ve stumbled across three separate pieces of information, all predicting essentially the exact same thing regarding a fall 2012 economic collapse. Serendipity or coincidence, it’s information I want to pass on. As always, discussion is welcomed below.

The first warning is from a St. Louis based police officer who called into the Alex Jones radio show on Sunday, June 24th. The second warning comes our way via the Silver Doctors. And the third came today from unflappable Director of UBS Floor Operations Art Cashin. All three warnings are presented here for your benefit and consideration: Read more.....
Posted by Economic Analyst at Thursday, June 28, 2012