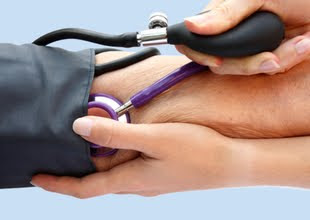 People are suspicious of Obamacare in the abstract, but when it gets to the specifics they tend to like it a lot better.
There are two Affordable Care Acts. There's the legislation passed by Congress in 2009, and then there's the mythical Affordable Care Act – the perfidious “government takeover” decried and demagogued by so many conservatives (and quite a few liberals). The former is quite popular, the latter gets decidedly mixed reviews.

Don't take my word for it. A recent poll by the Kaiser Family Foundation found Americans split down the middle, with 41 percent approving of the law, and 40 percent saying they didn't like it (PDF). But then Kaiser asked about 12 specific provisions in the legislation, and found that, on average, 63 percent of respondents approved of the nuts and bolts of Obamacare. Of the 12 measures they tested, only one – the controversial mandate to carry health insurance or pay a penalty – received the approval of less than half of Americans (35 percent).

Or consider this divide: while only 12 percent of Republicans had a positive view of the law overall, 47 percent, on average, viewed its specifics favorably.

And here's the kicker: Kaiser found that the most popular parts of the law were also the ones most Americans weren't aware of, and vice-versa. Almost everyone knows about the mandate, which most people don't like, but fewer than half of those polled knew about the law's tax credits for small businesses that offer their employees coverage, a provision that eight out of 10 people liked when they heard about it. Read more....
Posted by Economic Analyst at Sunday, July 08, 2012