O Say Does That Star-Spangled Banner Yet Wave: The Defense of Fort McHenry 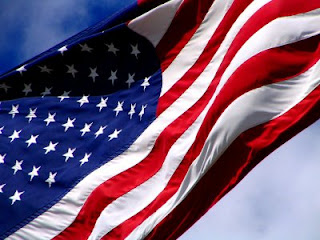 Listen closely to the words and it tells of a highly emotional moment in US history when the war with the British was being fought and of one man’s relief in seeing the US flag still flying after a vicious bombardment.

The War of 1812 had been a particularly nasty conflict with the British. They had burned down the Capitol and the White House in Washington, and were set on taking the port of Baltimore, which was protected in part by Fort McHenry, just to the south.

The attack started on September 12th, 1814, and after an initial exchange of fire, the fleet withdrew to form an arc just outside the range of Fort McHenry’s fire.

Skinner, Beanes and Key watched much of the bombardment from the British deck. The major attack started in heavy rain on the morning of September 13th. Just under three miles in the distance the three men caught glimpses of the star-shaped fort with its huge flag – 42ft long, with 8 red stripes, 7 white stripes and 15 white stars, and specially commissioned to be big enough that the British could not possibly fail to see it from a distance.

In the dark of the night of the 13th, the shelling suddenly stopped. Through the darkness they couldn’t tell whether the British forces had been defeated, or the fort had fallen. Read more......
Posted by Economic Analyst at Thursday, July 05, 2012