What’s in YOUR Faraday Cage? A Common Sense Guide to Preparing for an EMP 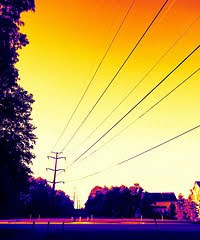 An EMP can be caused by the detonation of a large bomb, nuclear or otherwise, in the atmosphere, miles above land. Its pulse wave can easily cover a continent and destroy electronic components in computers, engines, power plants, and solar panels alike. An event like this has never happened on a large scale, and there are differing opinions as to the exact consequences, but one thing is certain: In a matter of moments, life as we know it would be gone forever. Our closest star, the sun, could also do extensive damage in the form of a Coronal Mass Ejection (CME). The results would be similar.

Massive solar flares have been in the news recently, along with vague warnings of how a Coronal Mass Ejection (CME) might affect us here on earth. The dangers of a man-made Electro-Magnetic Pulse (EMP) was outlined in excruciating detail in One Second Afterby William Forstchen.

We rely on electronics way too much to ignore the potential of these events, and although even the experts aren’t always in agreement where details are concerned, it makes sense to have a plan to protect important electronics in either event. Read more......
Posted by Economic Analyst at Monday, July 30, 2012