Why Are Republicans Calling To Disarm The American People? 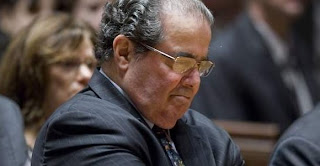 The recent deluge of attacks against the second amendment were completely predictable in the aftermath of the Colorado massacre, but what perhaps wasn’t so expected was the fact that a lot of them have come from so-called Republicans.

Although normally aligned with the right to keep and bear arms, over the last week numerous self-proclaimed conservatives have proven themselves to be wolves in sheep’s clothing.

Appearing on Fox News Sunday, Scalia said that the second amendment leaves rooms for certain types of weapons to be regulated.

“It will have to be decided in future cases,” Scalia told host Chris Wallace, adding that “They had some limitations on the nature of arms that could be borne,” when the Constitution was signed.

Scalia’s remarks prompted outrage from conservatives, who accused him of selling out to the political left.

Other luminaries on the political right did not wait long before joining their contemporaries on the left to call for gun rights to be restricted. Read more......
Posted by Economic Analyst at Tuesday, July 31, 2012