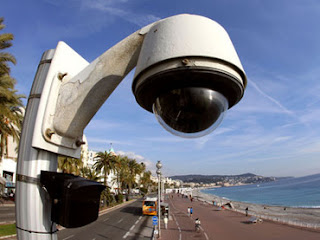 If you didn’t believe that everything you do is monitored before today, this latest confirmation should seal the deal. The information, of course, was not officially released, but when hackers gained access to highly secure emails at global analysis firm Stratfor earlier this year the cat came out of the bag.

With New York recently launching an all-seeing domestic awareness system, many Americans who don’t live in Mayor Bloomberg’s police state believe they are safe from the watchful eye of Big Brother.

Former senior intelligence officials have created a detailed surveillance system more accurate than modern facial recognition technology — and have installed it across the US under the radar of most Americans, according to emails hacked by Anonymous.

Every few seconds,data picked up at surveillance points in major cities and landmarks across the United States are recorded digitally on the spot, then encrypted and instantaneously delivered to a fortified central database center at an undisclosed location to be aggregated with other intelligence. It’s part of a program called TrapWire and it’s the brainchild of the Abraxas, a Northern Virginia company staffed with elite from America’s intelligence community. The employee roster at Arbaxas reads like a who’s who of agents once with the Pentagon, CIA and other government entities according to their public LinkedIn profiles, and the corporation’s ties are assumed to go deeper than even documented. Read more.......