This is a Big Red Alert: “Obama Operatives are Attempting a Set Up Here… That’s What’s Going Down” 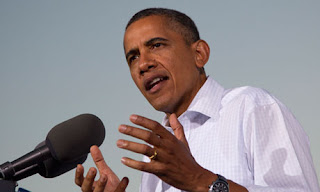 As the election season heats up, the White House Insider is keeping details of activity from within the Obama administration flowing. Having been well ahead of breaking news stories like Fast & Furious, the Solyndra scandal and a host of other D.C. goings on, Insider is advising that something is amiss with the Vice President’s latest trip to Florida.

Reports from top national news wires indicate Vice President Biden will be in town during the GOP convention so that he can “look his opponents in the eyes next week when he campaigns in Tampa.” Other than this limited campaign information, few additional details about Joe Biden’s trip have been released to the media.

But according to The Ulsterman Report’s source inside the White House, this is no typical campaign trip. It’s to take place in the midst of the Republican National Convention and it just doesn’t make sense from a political standpoint, especially since Secret Service reportedly had no protocols in place for protective details until just 72 hours ago.

That Biden visit to Tampa got my wheels spinning. What the hell are they up to? How far is Biden willing to go to remain relevant? To stay on the ticket? So I put some feelers out to the WH. Got lots of people willing to talk and share these days. Read more.......