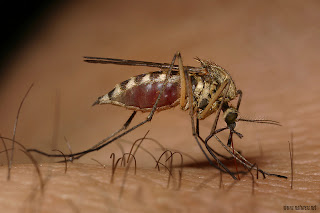 With the U.S. Center for Disease Control now confirming over 1,000 cases of the deadly West Nile virus, officials and health department workers from Houston to Philadelphia are scrambling to control the outbreak.

The CDC Reports: 47 states have reported West Nile virus infections in people, birds, or mosquitoes. A total of 1118 cases of West Nile virus disease in people, including 41 deaths, have been reported to CDC. Of these, 629 (56%) were classified as neuroinvasive disease (such as meningitis or encephalitis) and 489 (44%) were classified as non-neuroinvasive disease.

What’s even more alarming than how rapidly the disease has spread and the number of victims infected is the unusually high number of them who are experiencing life threatening neuro-invasive symptoms that could lead to death or permanent brain injury.

The fact that only 1 in 150 people usually develop the severe form of the disease, but in this outbreak more than half have developed it, is the reason the authorities are spraying with such vigour in an attempt to control the spread of the disease. Read more......