When Will It Happen? What Will It Be? 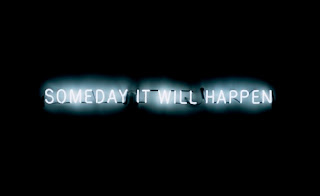 There as many opinions and even more guesses than those who are guessing about what will cause the collapse of the world as we know it. There may be unexpected triggers in nature or in society such as natural disasters of a sudden or a gradual nature, geopolitical events or developments, or environmental triggers that may be natural or man made. With or without any of these events and processes about which there is an enormous volume of speculation, my previous skepticism about one in particular has been transformed to a personal certainty.

The expectation that the economy may or will deteriorate beyond a typical recession is gaining wider acceptance every week. Let me explain why I am confident that this situation will become unmistakable within the next six to eighteen months. I will also discuss how serious this problem is likely to become.

Before we get too far into the discussion about what may happen in the economy, it is necessary to understand the nature of money and bartering. Money is fundamentally a way to facilitate bartering among a large group of people. When one person, lets call him George, needs something that a second person, lets call him Peter, can provide, George may try to offer something he owns in exchange for what he wants. This may become difficult if the George does not have anything that the Peter wants. George is then left wanting unless he can arrange a series of trades or exchanges with other people until the George finally obtains something that Peter wants.

Another advantage of money is if George has something that Peter finds desirable, but there is a wide disparity between the values of the two objects being considered for trade. For example let’s suppose that George has one too many cows and would like to obtain a hand saw from Peter who has an extra saw. The difference in value of the two tradable items makes it unlikely that an easy trade will occur. By this point I am sure you can see the advantage of having a reserve of money or currency to facilitate the transactions between George and Peter. Read more.....