China: For Many Expats, It's Not Worth It 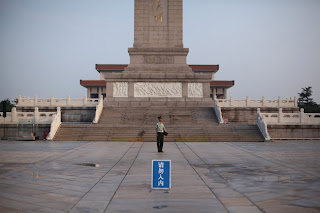 Stay or go? That question has erupted in a public way among China’s large population of expatriate businessmen, entrepreneurs, journalists, and academics, who the public security bureau says number 220,000.

The debate started with an essay, “You’ll Never Be Chinese: It Is Time to Leave the Country I Loved,” by former magazine publisher Mark Kitto, a British 16-year resident of China. After his English-language magazine was seized by the government, Kitto retreated to Moganshan mountain outside Shanghai, where he and his Chinese wife have run a restaurant and guesthouse business for the last seven years. “Don’t you think,” asked Kitto in the August edition of Britain’s Prospect, “with all the growth and infrastructure, the material wealth, let alone saving the world like some kind of financial whiz James Bond, that China would be a happier and healthier country? I don’t think it is.” A second piece, titled “Why I’m Leaving China,” published July 25 by American tech writer and filmmaker Charlie Custer on his popular ChinaGeeks blog, made many of the same points.

The articles, widely e-mailed among expatriates, are being discussed on English and Chinese websites. “If you haven’t read Mark Kitto’s article on why he’s leaving China, do so now,” wrote Richard Burger, who has lived in Beijing for nearly four years, on his popular blog The Peking Duck, on Aug. 14. “There is talk of the U.S. ‘falling off a financial cliff,’ but right now I think China is closer to the edge of that cliff, and that it’s also a steeper cliff than ours.” The Chinese have reacted, too. In response to Custer’s piece, one outraged Chinese wrote on July 30: “Well, at first remember this, nobody forced you to come to China, [neither] your parents nor your God. Secondly, don’t try to change China when you are not a citizen of China. Thirdly and last, don’t spit on others when you leave. Thank you, have a nice flight, and please don’t come back!” Read more....
Posted by Economic Analyst at Monday, September 24, 2012