How a Teacher Made $1 Million Selling Lesson Plans 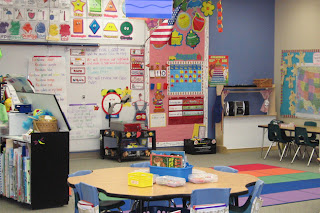 Deanna Jump is not a trust fund baby. She never married into money and she has never won the lottery. But in the past year-and-a-half, the 43-year-old kindergarten teacher in Warner Robins, Ga., has earned more than $1 million. Her unlikely strategy: selling catchy kindergarten lesson plans to other teachers.

Jump is just one of some 15,000 teachers currently marketing their original classroom materials through the online marketplace, TeachersPayTeachers (TPT). Since signing on to the site, she has created 93 separate teaching units and sold 161,000 copies for about $8 a pop. “My units usually cover about two weeks’ worth of material,” she says. “So if you want to teach about dinosaurs, you’d buy my dinosaur unit, and it has everything you need from language arts, math, science experiments, and a list of books you can use as resources. So once you print out the unit, you just have to add a few books to read aloud to your class, and everything else is there, ready to go for you.”

Edelman, a former New York middle school English teacher, launched TPT in 2006 after sinking grueling hours into planning his own classes. “Every night, I would spend two or three hours, at least—and then Sundays I would spend all day and all night preparing and correcting papers,” he says. To get ahead, Edelman and his colleagues swapped ideas and lesson plans. They also perused online sites for helpful resources, but found only sub-par, outdated materials. Read more....
Posted by Economic Analyst at Wednesday, September 26, 2012