Paul Ryan: “Do You Want Barack Obama To Be Reelected? Then Don’t Vote For Ron Paul” 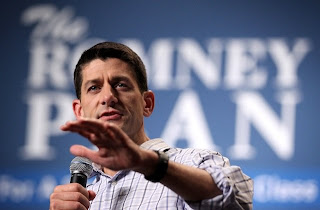 It took a while for the unspoken truth to be finally spoken, but sooner or later, it always is. Via The Hill:

Ryan was asked why voters should not vote for Ron Paul. The Republican vice presidential candidate responded that a vote for Paul, who ran for the 2012 GOP nomination, would effectively split the vote in a way that helps Obama.

“Do you want Barack Obama to be reelected? Then don’t vote for Ron Paul,” Ryan said during a campaign speech in Lima, Ohio, on Monday.

Ryan went on to say that Paul was a good friend. Read more....