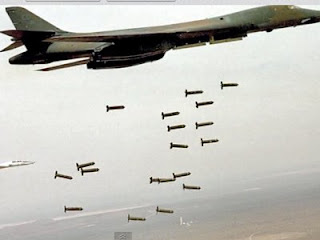 Goldman thinks the unemployment rate number is solid despite all the hyperventilating and BLS conspiracy mongering out there.

The most eye-catching part of this report is the 0.3-point drop in the unemployment rate, to 7.8%. For the most part, this looks like a genuine move, as it comes alongside large increases in both the labor force (+418,000) and the tally of jobs in the survey of households (+873,000) of which 187,000 was due to government. (Note: The claim that the household employment gain was entirely due to government hiring is incorrect. We confirmed with the BLS that the seasonally-adjusted gain in government employment was 187,000.) In both cases, the labor force and the level of employment followed setbacks in both July and August, so it may be better to look at 3-month totals. On that basis, household employment is up 559,000 while the labor force is still down 100,000. One anomaly in the household data is that the U-6 measure of underemployment remained at the 14.7% level reported for August; this is due to a large increase in the number of workers working part time for economic reasons. For this reason, we have applied a 1-point downward adjustment to the MAP reading for unemployment.

Now on that fact that 873K new people were added to the ranks of the employed conservative columnist Conn Carroll is still alleging something is wrong:

While you normally hear the Employer survey number in headlines, it actually has nothing to do with the unemployment rate that also gets reported. The Household survey controls that. And the driving reason the unemployment rate fell from 8.1 percent in August to 7.8 percent in September, is because BLS claims almost 1 million Americans found jobs last month. Read more....
Posted by Economic Analyst at Saturday, October 06, 2012