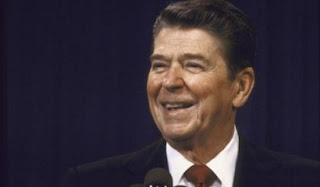 For months, conservatives have been likening the conditions of the 2012 presidential race to that which saw the election of Ronald Reagan in 1980. The American Spectator's own Jeffrey Lord proclaimed that President Obama could be beaten handily “because the past four years really have been Jimmy Carter's second term.”

What does 1980 tell us about 2012? Barack Obama, like Carter, can run neither on his dismal four-year stewardship of the economy nor on his collapsing Middle East policy.

Hanson went on to write:

The winner probably won't be decided by old video clips, gaffes, or even campaign money, but by turnout and the October debates -- depending on whether incumbent Obama comes across as a petulant Carter and challenger Romney appears an upbeat Reagan. As in 1980, voters want a better president -- but they first have to be assured he's on the ballot.

Well, Obama did come across as petulant in the debates while Romney was upbeat. And yet it wasn't enough. At the end of the day, despite Obama's dismal economic record and an ineffectual Middle East policy, his well-oiled organization turned out his vote and Romney could not. Romney could not break through in key states like Pennsylvania, Wisconsin, and Michigan nor could he put Ohio and Florida back in the Republican column. Read more....
Posted by Economic Analyst at Wednesday, November 07, 2012