Foodstamps Soar By Most In 16 Months: Over 1 Million Americans Enter Poverty In Last Two Months 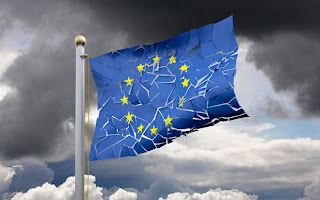 And we thought last month’s delayed foodstamp data was bad. The just reported foodstamp number for September was a doozy, with 607,544 new Americans becoming eligible for foodstamps, as a record 47.7 million Americans are now living in poverty at least according to the USDA. The monthly increase was the highest since May 2011, and with August’s 421K new impoverished America, over 1 million Americans made the EBT card their new best friend. It is unclear just which atmospheric phenomenon will get the blame for this unprecedented surge in poverty, which comes at a time when the pre-election economic data euphoria was adamant that the US economy was on an escape velocity to utopia.

Instead what we do know is that in August and September, over three times as many foodstamp recipients were add to the economy as jobs (324,000). We also know that with the imminent impact of Sandy, which will send foodstamp recipients soaring, it is now looking quite possible that the US may end 2012 with just over a mindboggling 50 million Americans living in absolute poverty and collecting the $134.29 average monthly benefit per person, instead of working. Welcome to the recovery indeed.