Save the Country! Tax the Rich! 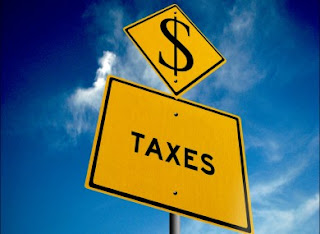 There's one tax benefit for the rich that I can't see why anyone would possibly want to defend. That's the deduction of state and local taxes on your federal income tax.

This is a racket perpetrated by the bluest of blue states -- the whole Northeast and California -- in order to foist their profligacy on the rest of the nation. Nearly all the beneficiaries of this deduction are high-income people living in New York, New Jersey, Connecticut, Massachusetts, Maryland (i.e., the suburbs of Washington) and California. And you can bet the vast majority vote Democratic and spend their days congratulating themselves on how progressive they are. Meanwhile, they end up foisting the bill onto the financially responsible Republican states that have nothing to deduct because they have no income tax at all! Try Texas, Florida, South Dakota, Wyoming, Nebraska, Tennessee, and Alaska for starters.

The theory is that the deduction of state taxes prevents citizens from being taxed twice for the same government services. Whoever thought that one up? There is no overlap of services in high tax states that doesn't exist in every state. All the exemption does is allow politicians in profligate blue states to tell their constituents, "Don't worry about our high taxes. You can always deduct it from your federal income tax." (I know, I live in one.) In other words, you can stick it to the rest of the country. If you don't believe it, just listen to Chuck Schumer howl the next time anyone mentions eliminating the deduction. Read more...
Posted by Economic Analyst at Monday, December 10, 2012