Waiting for the Gods 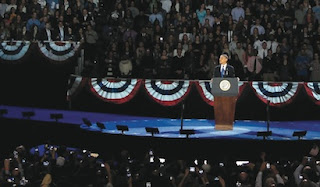 The bill for Obama’s first term has yet to come due. The administration poured $5 trillion down a rat hole for trendy projects run by political allies without providing any discernible lift to the economy. Instead, it’s increased our debt load and placed us in the unpleasant company of Portugal and Greece.

Remember when Obama said that he thought the United States was exceptional in the same way Greece is exceptional? Turns out he meant it.

The administration added more people to the food stamp rolls than it added to the job rolls, and that’s not about to change. The food stamps have cushioned the absence of jobs, but at some point this won’t seem like an adequate substitute for the recent college graduate, back in his old bedroom at his parents’ house.

We haven’t been asked to pay the bill for Obamacare yet. Oh, we’ve heard of firms that didn’t get started because they didn’t want to deal with it, but that’s nothing compared to what’s around the corner, as companies and employees react to the new measure. We also haven’t seen the rationing of medical care from the IPAB panel that has been given the task of cutting costs, and which bids to make of Sarah Palin a prescient seer. Read more....
Posted by Economic Analyst at Saturday, December 08, 2012