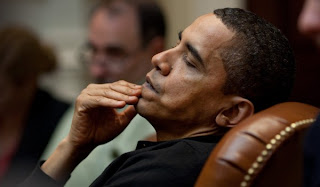 For sedition against the Constitution

“When a long train of abuses and usurpations, pursuing invariably the same Object evinces a design to reduce them under absolute Despotism, it is their right, it is their duty, to throw off such Government, and to provide new Guards for their future security.”

There can no longer be any doubt – the forces of tyranny are running wild across our once great Republic. The time has come for all good men and women to rally to the aid of their country. We have now entered a historic crossroads that will decide the destiny of the United States. Arrogance and corruption has long festered in Washington DC, but the last decade has seen an extreme acceleration of criminal looting and attacks on liberty – every freedom is under sustained assault.

We the People, the rightful masters of this Republic, will either rise up through Congress and the states or we can trade in our birthright of liberty for the chains of a technocratic slavery. Below we list some of the more egregious acts of seditious treason against the Republic of the United States. Anyone who wishes to continue to live in a free country and to pass that birthright on to their children must research this document and then lobby state legislatures and the Congress to do their duty and remove the would-be dictator. Read more...
Posted by Economic Analyst at Wednesday, January 16, 2013