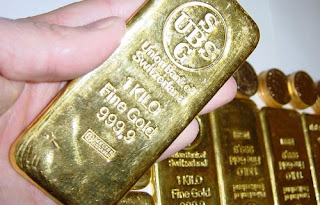 Despite previously characterizing the idea that it was planning on moving gold out of the New York Fed as an “irrational fear,” the German Bundesbank is set to announce a huge repatriation of its bullion this week, with France also being emptied of German gold in a sign that trust between central banks has hit rock bottom.

“In what could be a watershed moment for the price, provenance, and future of physical gold, not to mention the “stability” of the entire monetary regime based on rock solid, undisputed “faith and credit” in paper money, German Handelsblatt reports in an exclusive that the long suffering German gold, all official 3,396 tons of it, is about to be moved. Specifically, it is about to be partially moved out of the New York Fed, where the majority, or 45% of it is currently stored, as well as the entirety of the 11% of German gold held with the Banque de France, and repatriated back home to Buba in Frankfurt,” reports Zero Hedge.

The decision, which is set to be announced tomorrow, comes despite repeated assurances by Bundesbank officials that German gold would not be moved.

Back in November, Andreas Dobret, member of the Executive Board of the German Bundesbank, dismissed suggestions that the gold would be repatriated as “a discussion which is driven by irrational fears,” adding that, “The Bundesbank will remain the Fed’s trusted partner in future, and we will continue to take advantage of the Fed’s services by storing some of our currency reserves as gold in New York.” Read more....
Posted by Economic Analyst at Wednesday, January 16, 2013