With the Stroke of a Pen: Obama Moves to Ban Sale and Manufacture Of Semi-Automatic Weapons, High Capacity Magazines; Will Require Universal Registration 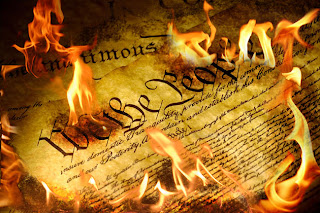 Within two days of the President having been re-elected, reports of coming gun control legislation championed by liberal California Senator Diane Feinstein began to surface across the internet. Believed to be just rumors at first, the Newtown school shooting brought the proposals to the forefront of American politics.

President Obama has moved to introduce new legislation, by way of Congress and delegated Executive Orders, that promises to completely re-write the Second Amendment of the U.S. Constitution.

From universal background checks and gun registration for all firearms sold and transferred in the United States, to empowering healthcare practitioners with the ability to make determinations for who should or shouldn’t own a gun, the Obama administration and Congress are making a full spectrum assault on law-abiding gun owners.

Included in the initiative will be legislation to ban semi-automatic rifles, restrict magazine capacity to 10 rounds, and close ‘loopholes’ that allow individuals in certain states to freely and without government interference buy, sell and trade firearms. Read more...
Posted by Economic Analyst at Thursday, January 17, 2013