Does China Plan To Establish “China Cities” And “Special Economic Zones” All Over America? 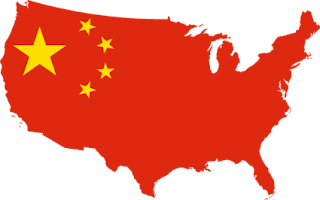 What in the world is China up to?  Over the past several years, the Chinese government and large Chinese corporations (which are often at least partially owned by the government) have been systematically buying up businesses, homes, farmland, real estate, infrastructure and natural resources all over America.  In some cases, China appears to be attempting to purchase entire communities in one fell swoop.  So why is this happening?  Is this some form of “economic colonization” that is taking place?  Some have speculated that China may be intending to establish “special economic zones” inside the United States modeled after the very successful Chinese city of Shenzhen.  Back in the 1970s, Shenzhen was just a very small fishing village, but now it is a sprawling metropolis of over 14 million people.

Initially, these “special economic zones” were only established within China, but now the Chinese government has been buying huge tracts of land in foreign countries such as Nigeria and establishing special economic zones in those nations.  So could such a thing actually happen in America?  Well, according to Dr. Jerome Corsi, a plan being pushed by the Chinese Central Bank would set up “development zones” in the United States that would allow China to “establish Chinese-owned businesses and bring in its citizens to the U.S. to work.”  Under the plan, some of the $1.17 trillion that the U.S. owes China would be converted from debt to “equity”.  As a result, “China would own U.S. businesses, U.S. infrastructure and U.S. high-value land, all with a U.S. government guarantee against loss.”  Does all of this sound far-fetched?  Well, it isn’t.  In fact, the economic colonization of America is already far more advanced than most Americans would dare to imagine.

So how in the world did we get to this point?  A few decades ago, the United States was the unchallenged economic powerhouse of the world and China was essentially a third world country. Read more...
Posted by Economic Analyst at Wednesday, January 23, 2013