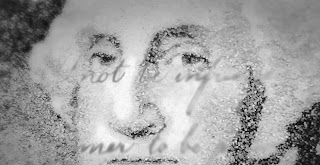 The Founding Fathers agree: an armed population makes good government. Numerous quotes from the revolutionary era make their intent extremely clear — that individuals were meant to keep and bear arms for the protection of the country and the defense of its Constitution and Bill of Rights.

The 2nd Amendment is in place to discourage dictators and protect the Bill of Rights and Constitution.

The Preamble to the Bill of Rights explicitly states that these amendments to the Constitution were put in place to restrain the federal government and discourage abuse. Ratified Dec. 15, 1791, it reads:

“THE Conventions of a number of the States, having at the time of their adopting the Constitution, expressed a desire, in order to prevent misconstruction or abuse of its powers, that further declaratory and restrictive clauses should be added: And as extending the ground of public confidence in the Government, will best ensure the beneficent ends of its institution.“

Meanwhile, history has shown that disarmed populations and dictators always go hand in hand, with abusers and seekers of power preferring a people unable to stand up for their rights and easy to trample and dominate.

Our birthright as Americans is at stake: if we don’t stand up to defend the 2nd Amendment, we stand to let all our other precious rights slip away, from freedom of speech on down. Read more....
Posted by Economic Analyst at Wednesday, January 23, 2013