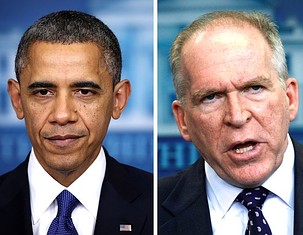 You really cannot, in fairness, blame President Obama for naming “Chuck” Hagel, one of the most clearly anti-Israel, anti-Semitic members of the Senate (or ex-members in his case) to be Secretary of Defense. President Obama has not changed his views on Israel since his first speech at the Democrat convention in 2004, when he made it clear that his sympathies in the Middle East lay with the Palestinians. In a way, you have to admire his consistency. Of course, he has to pay lip service to Israel when he visits Miami Beach, but how he must laugh at the audiences that applaud him.

He is a charter member of the Chicago angry black man entity, and they — including former pals Jeremiah Wright and Minister Farrakhan — have little love for the Jews. So, again, his contempt for Israel and for Jews is not a surprise.

The parts that are so heart breaking are that:

1.) Most American Jews clearly supported Mr. Obama in his bid for President against a GOP that has been an incomparably stronger supporter of Israel than the modern-day Democrat party. If one is to judge from the stony faces at the DNC whenever Israel was mentioned, and the fervent support of Iran on those same faces, one can clearly see who was Israel’s friend and who was not. Never mind, Barack Obama got two thirds of the Jewish vote. That was decisive in Florida, Virginia, and Ohio. Barack Obama’s most productive fund-raisers, especially at the “millionaires and billionaires” level that Mr. Obama supposedly hates so much, were almost unanimously Jews. How they are going to square this with Senator Hagel’s nomination to a post that is of life or death importance to Israel is anyone’s guess.

But here is a clue: the really committed left-wing Jew does not care much about Israel. Jews in many cases have loyalties that trump their interest to Israel. Their support of Mr. Obama is a case in point. Obviously, it is the right of left-wing American Jews to have contempt for the Jewish state. That’s what freedom means. Read more...
Posted by Economic Analyst at Tuesday, January 08, 2013