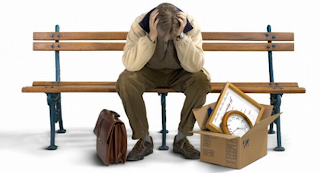 In November the largest chunk of new jobs came from retail and wholesale trade. Businesses gearing up for Christmas sales added 65,700 jobs or 45% of November’s 146,000 jobs gain. With December sales a disappointment, these jobs are likely to reverse when the January payroll jobs report comes out in February. Family Dollar Stores CEO Howard Levine told analysts that his company’s customers were unable to afford toys this holiday season and focused instead on basic needs such as food. Levine said that his customers “clearly don’t have as much for discretionary purchases as they once did.”

Obviously, the economy is not going anywhere except down. It takes approximately 150,000 new jobs each month to stay even with population growth and new entrants into the work force. Few of the jobs that are being created pay well, and the constant, consistent demand for more poorly paid waitresses, bartenders and hospital orderlies is difficult to believe. If Americans cannot afford toys for their kid’s Christmas, how can they afford to eat and drink out?

Media spin seeks to create a recovery out of thin air, but these graphs from John Williams (shadowstats.com) show the reality: Read more....
Posted by Economic Analyst at Wednesday, January 09, 2013