How new tax rates will affect you in 2013 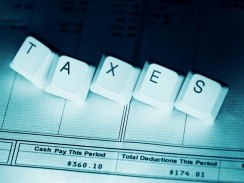 In passing the American Taxpayer Relief Act of 2012 and averting the dreaded "fiscal cliff," Congress ensured that workers will pay more in payroll taxes and that some folks will pay more income taxes.

The good news is that many of the new tax rules are permanent, which will give individuals and business owners a welcome sense of stability. Also, these changes were better than the higher income taxes that would have burdened just about all taxpayers had the tax cuts been allowed to simply expire without further action.

Here is a summary of the new tax rules that have been made permanent by the new law: