Outrage: Bank Of America Freezes Funds of Licensed Online Gun Dealer: “We Believe You Should Not Be Selling Guns On The Internet” 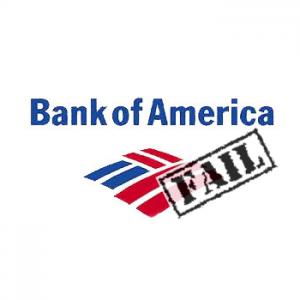 Legal gun ownership in America is under attack on all sides. From pending bans that would restrict the sale, transfer and possession of certain weapons, to outright calls for repeal of the Second Amendment, we are entering an unprecedented era in American history.

So much so, that not only is the government now coming after your right to bear arms, but private sector businesses are following suit.

One of the country’s largest financial institutions, the ironically named Bank of America, has now taken it upon themselves to decide what is or is not a lawful business practice.

The following alert was posted on the Facebook page of licensed firearms dealer and manufacturer American Spirit Arms.

According to owner Joe Sirochman, the bank, which was recently caught engaging in the highly unlawful practice of laundering billions of dollars in Colombian drug cartel money, has put a freeze on American Spirit’s transaction deposits and has refused to release funds legitimately processed through the company’s web site.

In an apparent attempt to take the moral high road on the issue of gun ownership, Sirochman says the Bank of America manager he spoke to about the inaccessibility of his company’s funds told him the bank believes he “should not be selling guns and parts on the internet.” Read more....
Posted by Economic Analyst at Tuesday, January 08, 2013