Shock Claim: “The New Litmus Test Of Leadership In The Military Is If They Will Fire On US Citizens Or Not” 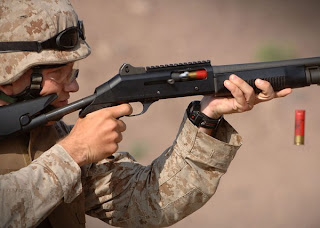 Had the following comments been made on a fringe corner of the internet most would dismiss them as outright conjecture. However, what you are about to read comes from one of the world’s foremost philanthropists, Jim Garrow, who has spent tens of millions of dollars of his own money to help over 35,000 Chinese baby girls from near certain death under China’s one-child-per-couple policy.

He was one of the 206 nominees for the 2009 Nobel Peace Prize, which was ultimately awarded to President Barack Obama.

Garrow, who has friends in high places, including the U.S. military, made a startling claim on his Facebook page Sunday, which if true, should leave no doubt about why the Obama administration is moving full force to seize firearms from law abiding Americans and why the US government’s law enforcement and security assets have been making preparations for years in anticipation of social breakdown and widespread civil unrest.

According to Garrow, the Obama administration has been rapidly retiring or re-assigning US military leaders based on a new ‘litmus test’ of their loyalty:

I have just been informed by a former senior military leader that Obama is using a new “litmus test” in determining who will stay and who must go in his military leaders. Get ready to explode folks.

“The new litmus test of leadership in the military is if they will fire on US citizens or not”. Read more....
Posted by Economic Analyst at Wednesday, January 23, 2013