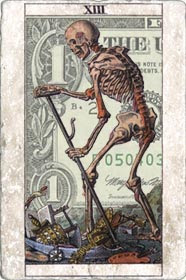 The late Bob Chapman predicted it years ago. So does Paul Craig Roberts. It could “destroy Western civilization,” he believes.

Untenable political and financial decisions put US and European economies on a collision course with disaster. Bailouts and market manipulation delay the inevitable.

A tipping point approaches. Only its timeframe is unknown.

Western governments letting banking crooks scam the system for profits “is a system that is headed for catastrophic failure.”