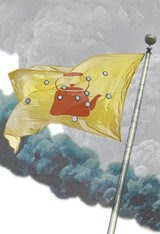 Imagine Tea Party extremists seizing control of a South Carolina town and the Army being sent in to crush the rebellion. This farcical vision is now part of the discussion in professional military circles.

At issue is an article in the respected Small Wars Journal titled “Full Spectrum Operations in the Homeland: A ‘Vision’ of the Future.” It was written by retired Army Col. Kevin Benson of the Army's University of Foreign Military and Cultural Studies at Fort Leavenworth, Kan., and Jennifer Weber, a Civil War expert at the University of Kansas. It posits an “extremist militia motivated by the goals of the ‘tea party’ movement” seizing control of Darlington, S.C., in 2016, “occupying City Hall, disbanding the city council and placing the mayor under house arrest.” The rebels set up checkpoints on Interstate 95 and Interstate 20 looking for illegal aliens. It’s a cartoonish and needlessly provocative scenario.

The article is a choppy patchwork of doctrinal jargon and liberal nightmare. The authors make a quasi-legal case for military action and then apply the Army’s Operating Concept 2016-2028 to the situation. They write bloodlessly that “once it is put into play, Americans will expect the military to execute without pause and as professionally as if it were acting overseas.” They claim that “the Army cannot disappoint the American people, especially in such a moment,” not pausing to consider that using such efficient, deadly force against U.S. citizens would create a monumental political backlash and severely erode government legitimacy. Read more.....
Posted by Economic Analyst at Saturday, August 11, 2012