20 Signs That The U.S. Poverty Explosion Is Hitting Children And Young People The Hardest 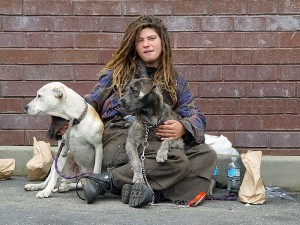 The mainstream media continues to insist that the economy is “getting better”, but the poverty numbers for children and young people just continue to explode.  For example, did you know that the poverty rate for families with a head of household under the age of 30 is a whopping 37 percent?  Children and young people sure didn’t cause our recent economic downturn, but they sure are getting hit the hardest by it.  According to the U.S. Department of Education, for the first time ever more than a million U.S. public school students are homeless.  That seems like an impossible number, but it is actually true.

How in the world could the “wealthiest nation on earth” get to the point where more than a million children can’t count on a warm bed to sleep in at night?  Sadly, a huge number of American children can’t count on a warm dinner either.  About a fourth of them are enrolled in the food stamp program.  What do you do if you are a parent in that kind of situation?  How do you explain to your kids that you can’t afford a nice home like everybody else has or that you can’t afford to go to the grocery store and buy them some dinner?

Young people are experiencing very rough times right now as well.  If you are under the age of 30, it is really, really difficult to get a job in America today.  The competition for the few decent jobs that seem to be available is absolutely crazy.  Unemployment among young people is at a level that we have not seen since World War II, and this is causing major problems. Read more....
Posted by Economic Analyst at Thursday, December 20, 2012