Person of the Year: President Barack Obama: “Architect of the New America” 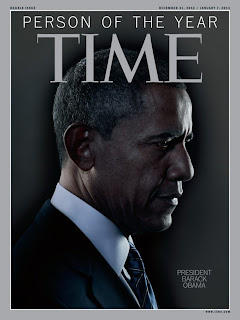 One of the most prestigious awards (in addition to a Nobel Prize) that can be bestowed upon a member of the elite is Time Magazine’s Person of the Year.

This year, the award goes to the “Architect of a New America”, none other than Barack Obama.