The ‘Max Tax’ Amendment to the Constitution 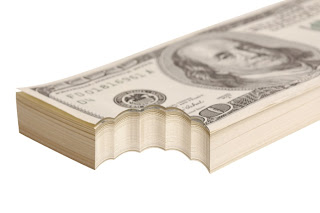 The Sixteenth Amendment to the U.S. Constitution was ratified one hundred years ago in 1913. It stated simply: “The Congress shall have power to lay and collect taxes on incomes, from whatever source derived, without apportionment among the several States, and without regard to any census or enumeration.” Given President Obama’s insistence that individual tax rates on the rich, as he defines “rich,” based on unelaborated Obamian principles of “fairness” that appear to have no bounds, it is time that we amend our Constitution to limit the ability of our Federal Government, and our state and local governments, to tax.

And I don’t understand why it is fair to have the majority vote to increase taxes on the “rich.” Why is it fair for people to vote to increase the taxes of some others but exempt themselves? I might add here that I find it remarkable that exit polls showed that 60% favored increasing the taxes of the wealthiest 2%. Why do I find this remarkable? Because only 60% favored it. Why would not 99% (everyone in the 98% and half of those in the top 2%) favor it? It may be that the middle class may know they will be next. As the President stated at a private home in Virginia on December 6, “Everybody is going to have to share in some sacrifice, but it starts with folks who are in the best position to sacrifice…” (italics added). It starts with them, but will soon be coming to the rest of you. Read more....
Posted by Economic Analyst at Saturday, December 22, 2012