A Pimp for Obamacare Feels the Pain 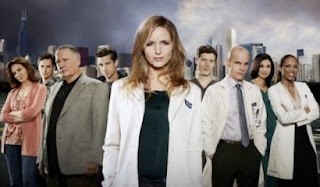 When I began writing about the menace of increased federal involvement in our medical delivery system, I was surprised to discover that some doctors actually supported it. These misguided medicos represented only a small minority of practicing physicians, and most were profoundly ignorant about health care economics, but the “M.D.” following their names provided them with a façade of credibility. A number of these people took advantage of their illusory expertise in health care policy to launch blogs which they used to promote their notions of “health reform” and extol the virtues of government-run health care in general.

Among them was an ER physician who writes under the nom de plume “Shadowfax.” This particular “docblogger” stands out in my memory because he was peculiarly uninformed about the nuances of the issue and yet utterly dismissive of anyone, including other physicians, who attempted to make him understand that he would one day regret advocating an increased government role in medicine. I occasionally crossed swords with him myself, but it was an exercise in futility. Like most soi disant progressives, this self-satisfied sawbones couldn’t imagine that he might be on the wrong side of this or any other issue.

This unshakable belief in his own infallibility regarding government-administered health care was partly due to his hopelessly naïve view of Medicare, which he called “the most successful government program ever.” Never mind that this “success” had produced a $38 trillion unfunded liability, it was somehow “more efficient than private insurance.” Imagine my surprise, then, when I looked at the byline for this scathing piece bemoaning the depredations of that very program. The outraged author of “Medicare made the rules and now punishes doctors for following them” is none other than the redoubtable Shadowfax. Read more....
Posted by Economic Analyst at Saturday, January 12, 2013