Defiance: “This Is A Standing Invitation To My Fellow Americans…” 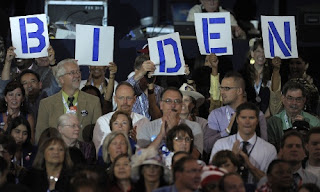 This is a standing invitation to my fellow Americans: If congress ever enacts a law mandating the registration and/or a production ban of detachable magazine semiautomatic rifles then you are hereby invited to the town square of your local community. There, burn barrels will be set up and we will publicly burn Form 4473s, FFL Bound Books, state and local registration records, and the sales receipts for every firearm in the United States. On that same day, FFL holders and public officials holding electronic firearms records will simultaneously erase those records, permanently and irretrievably. (Using special file erasure software such as Blancco, X-Ways, and Stellar Wipe, or though the physical destruction of disk drives.)

This burn barrel day–likely to be held the day after the President signs any new draconian legislation–will include speeches, public prayers, and the blessing of those who have gathered by ministers, rabbis, and priests.

The core of the activities on that day will be stalwart public defiance of any new unconstitutional law(s), the open and notorious destruction of records that might be used to enslave us, and vocal public affirmations of solidarity of free men and women, in the face of tyranny. This will be a defining moment for America–a line drawn in the sand. We will forthrightly declare that we will not obey any unconstitutional law and that we will treat it dismissively, as if it had never been enacted – nunc pro tunc. We will pledge ourselves to the defense of liberty, both individually and collectively. We will vow that if ever called to jury duty, we will nullify any unconstitutional laws, vacating the charges against the accused, in accordance with our long-standing right as jurors. Read more....
Posted by Economic Analyst at Tuesday, January 29, 2013