My Name is Cash 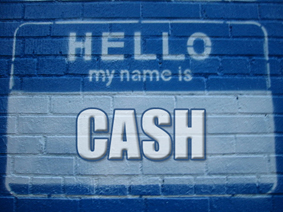 Barter is as old as human history. According to a story in the Wall Steet Journal, it is yet practiced as a facet of the 21st century global economy. Germany, for example, “sends coal to Brazil for coffee, and imports cattle from Denmark in return for agricultural implements. Finland sends timber to the U.K. for coal. Argentina trades grain to Spain for railway equipment.” And so on.

Farmers markets and yard sales are certainly popular in small town America. Every summer weekend in Texas features some 200 towns with farmers markets. Here in Salmon, Idaho, three summertime produce markets are a welcome respite from the tyranny of our single grocery store. The local radio station has a morning weekdays show called “Swap Shop,” where goods and services are noted, and listeners call-in with their own for-sale items, queries, and promotion of services. The common theme is the lack of a middleman, and transactions in cash or barter. This time of year firewood is a big commodity. And following a recent heavy snowstorm here, I shoveled an elderly lady’s driveway, walks, and wooden back deck. Roughly one hour’s labor: $12; and since she was pleased with my work, a bonus cup of coffee.

The Internal Revenue Service definitely has guidelines for conducting such commerce, and these are mostly ignored: “The fair market value of goods and services exchanged must be included in the income of both parties.” According to Stephen J. Dubner, writing on Freakonomics.com, the current underground economy (both licit and illicit activity) in America makes for a “tax gap” of $345 billion annually, and the IRS mostly can’t touch it. Though estimates vary, beyond our shores it seems that up to a staggering 25% of the global economy is underground, the Third World being especially adept at evading the tax man. For instance, most of Africa clocks in at around 40%. Read more...
Posted by Economic Analyst at Monday, January 07, 2013