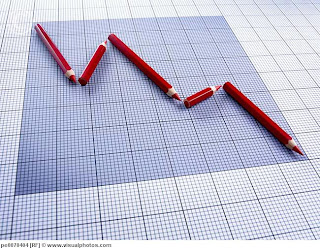 The global recession in 2012 is "65 to 75 percent sure" and the one that could degenerate into a long depression, says Roger Nightingale, economist and strategist RDN Associates.
Peak growth rates for the world economy took place over 12 months ago and "brought him down," Nightingale says. "We probably started to decline in the region around next spring, not sure, but this is the most likely option. I would say that the recession is 65 percent, 75 percent certain."
The Economist warned that the recession would kick in, the world economy may be too weak to cause GDP for years or even decades.
"When the crisis ends, and when the recovery begins, it will be strong enough to take us in a kind of growth again? Or should we find ourselves in a prolonged depression type scenario? "He marvels.
"Seven years is a brief depression but can last much longer than that. I would be happy if it lasts for only seven years. In the case of Japan, it lasted 20 years," he said.
Nightingale added that the U.S. economy has "some big advantages," but did not know he was strong enough to rule the world out of recession.
"America is very competitive right now, and has many advantages in finance, agriculture and many other areas. There are great advantages in the situation of America, and are responsible for some growth. Be sufficiently large to maintain anything goes, and to rescue the world, is another matter, "he said.
But Nightingale said that Europe is "difficult to completely hopeless." He warned that the BRIC countries, China and India may be headed in a "somewhat similar direction”.
The strategy is also a strong concern about the German man of Europe, saying its figures of industrial output plunge in Japan's recovery from the tsunami.
"Germany is the largest recipient of Japanese tsunami, and the Japanese return flows and increased production of new markets to take on the Germans," said Nightingale.
"Watch carefully for the industrial production numbers are very significant, probably next fall with the spring of next year," he added.
Posted by Economic Analyst at Thursday, September 22, 2011