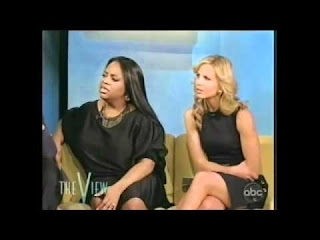 While President Ahmadinejad threatens to eliminate Israel, Prime Minister Benjamin Netanyahu prepares to take unilateral actions against Iranian nuclear facilities, the Chinese deploy a fleet of ships to meet Japan head on in the disputed waters of the South China Sea, protests erupt across the middle east on the heels of the killing of an American ambassador, tens of thousands of people lose their lives in uprisings in Syria, and the global economy teeters on the edge of collapse, the leader of the free world, our President, has refused to meet with any world leaders during the United Nations summit being held in New York this week.

These are, after all, just “bumps in the road.” Nothing but “noise.”

President Obama has chosen instead to meet with Whoopi Goldberg, Barbara Walters, Joy Behar and the rest of the cast at morning talk show The View: Read more....
Posted by Economic Analyst at Tuesday, September 25, 2012